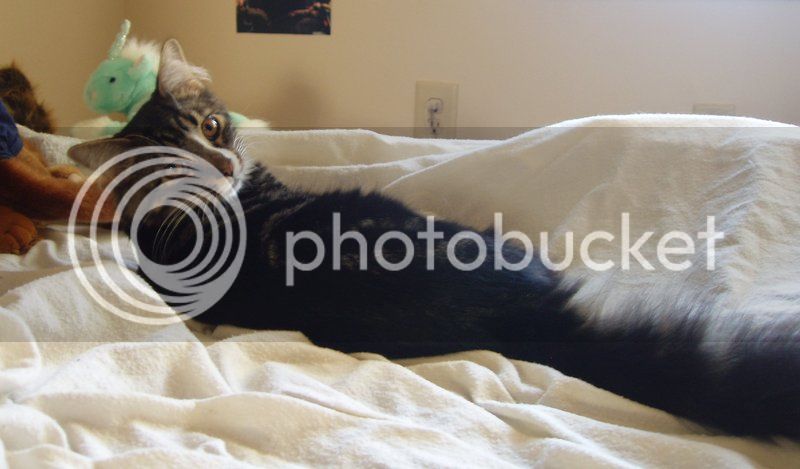 We have traveled far from your New Jersey birthplace, Mr. Boots.
Here's to another 8 years (and hopefully even more than that)!

They always focus on the electronic aspect of SHIELD's record-keeping, but there's got to be a physical Archive somewhere (because paper backup that's why)(also because digitization will never quite capture the mud and blood and wrinkles and notes and drawings all over the Howling Commandos' "official" map of France).
And when SHIELD falls to Hydra, the Archive does not fall. Because you do not fuck with a Librarian. Or an Archivist. Or any library staff, really. Like, people who have dedicated their lives to the preservation of knowledge are not going to let Nazis destroy and/or corrupt that knowledge. (And the Preservation Department has lots of sharp objects in it, I'm just saying.)

And then when the info gets dumped on the internet, the head librarian is like, finally, I've been saying this for years, can we open the Archive to the public now?

Okay, so I haven't actually made it to that Highlander episode yet but it seemed appropriate for the first season of 12 Monkeys that I've been watching instead.

[Now that I think about it, I don't think there's actually been any live monkeys onscreen just pictures and drawings.]

Anyway, with all the Nikita overlap casting, there's a part of my brain that keeps expecting Maggie Q to show up and fix everything.

Unfortunately, SyFy does not have a great track record with making their series easy to watch online. I think the only reason S1 was available all at once on hulu was to hype S2 (and I definitely found it helpful to watch it all over the course of a week because that made it easier to keep track of the time travel shenanigans).

A Highlander: The Series fanvid set to Metric's "Help, I'm Alive" (or possibly the Vitamin String Quartet instrumental cover) showing immortals coming back to life contrasted with the mortals who don't.


(Also I feel like pretty much any song by P!nk would be appropriate for an Amanda fanvid and/or playlist, but particularly "Bad Influence" and "Raise Your Glass".)

And wondering if they're not just doomed to be sort of awkward.

Because there are certain things that need to happen (and are thus unsurprising), and then there are other things that can't happen (which sorta kills the suspense). And inevitably there's going to be a continuity error.
And sometimes, you wind up in this sort of limbo state where X needs to happen, but it can't happen yet, so they just wind up resetting themselves.

One Hundred and One Dalmatians by Dodie Smith [re-read]

Acceptable Risk by Robin Cook [I don't know that it's triggering as such, but the author's "anti-depressants are evil" attitude actively pissed me off. Like, if it were just the characters' opinions, or they were choosing for themselves not to take medication, it would be one thing, but the narrative actively backs them up by having anti-depressants that turn you into an atavistic murderer, and uses that to basically be like "and therefore all anti-depressants are bad and you should bootstrap yourself into mental health with therapy and no drugs".]

The Dark Half by Stephen King

The Circus of the Earth and the Air by Brooke Stevens

Right now I'm in the midst of Matter by Iain M. Banks

All of the episodes were new to me because they tend not to show the hour-long ones in the marathons, though I think I did see part of Jess-Belle at some point because I have vague memories of a woman turning into a big cat (my faulty memory replaced the leopard with a panther for some reason).

Valley of the Shadow had transporters, replicators, and force fields in small town America. It also had James Doohan, appropriately enough. He wasn't one of the main players, but he gets more lines than Nimoy in the Dean Stockwell/Yellowface episode.

He's Alive was very relevant to current events in terms of the influence of Hitler and his ilk. Like, I can totally buy that Donald Trump communes with the ghost of Hitler. (I had actually been thinking when I was watching various "Christmas Carol" adaptations that the 3 spirits deal wouldn't work on Trump because he's too terrible.)

Printer's Devil allowed for geeking out over a linotype machine that the devil rigs such that what you type into it occurs. Meredith Burgess always seems to show up in the book geekery episodes. I mean this was a newspaper technically, but printing press stuff is bookish, and then he's a Librarian in another episode, and the guy who just wants to read all the time in yet another episode.

No Time Like The Past wasn't a highlight, per se, but it's worth mentioning because of incompetent time travel shenanigans. This guy goes back in time to try to stop major tragedies, but he goes about it all wrong. Showing up in Hiroshima on the day of when you don't even speak Japanese isn't gonna help anybody. Nor is showing up on a ship just before it's about to be torpedoed. No one is going to believe you when you try to warn them about these things. The botched Hitler assassination at least felt more like the point they were trying to make about the past being unalterable. So finally, he goes back to 1881 to stay because he thinks it's simpler times or whatever, and okay. So you know that a fire is started by a kerosene lantern thrown from a runaway carriage. Therefore your focus should be the damn lantern and putting it out (he literally could have just grabbed it and blown it out). Not once again trying to convince someone to do a weird thing (unhitch the horses) that they're never going to do. And definitely not trying to unhitch the horses yourself because that's what leads to the runaway carriage in the first place. So basically they undermined their point about the past being inviolate by having the time-traveling protagonist be a complete and utter dip.

Only 11 episodes total, but since they're hour-long ones that's actually about how many I usually watch.

Next year will start with Of Late I Think Of Cliffordville.

So far I'm thinking "No Gringo" by Vienna Teng and "Creepy Doll" by Jonathan Coulton because they're basically Twilight Zone episodes in song form. And then probably "O, Death" because death and the personification thereof show up a lot. And maybe "You're The Devil In Disguise" because that's also a common theme.

But now to watch actual episodes!

When you're in trouble, you can call DW.
Collapse